Michael Carter is a true native of the Los Angeles area. He grew up in Beverly Hills and has lived there his entire life. He graduated with honors from both Beverly Hills High School and U.C.L.A. Michael’s parents were celebrities in the entertainment business who took on second careers as real estate investors. By observing his parents success Michael developed an interest and education in real estate from a very early age and in the process developed an unparalleled knowledge of the Westside area, its housing inventory, community members, school systems, facilities, benefits and unique history. He is familiar with how the area has changed over the years and the trends that are influencing its change today.

Before entering into the real estate profession, Michael worked in the entertainment industry both in front of the camera as an actor in film, television and commercials as well as behind the camera in production. Along the way, he also established a successful advertising company that continues to supply promotional products to the automotive industry on a national level. Michael’s true passion; however, has always been real estate. His celebrity upbringing along with his permanent work and residence in the area have enabled him to develop a strong network of top qualified buyers and sellers across almost every industry and he continuously uses this network to his advantage when representing his clients.

Michael has consistently been a top-producing agent for the Beverly Hills office selling multimillion dollar homes on the Westside from the Hollywood Hills to the beaches of Santa Monica and has relationships with most if not all of the top agents in the area. He utilizes a wide variety of marketing techniques through a number of different mediums tailored to meet each clients specific needs. Michael is committed to utilizing all of his resources to find you your next home or help you sell the one you currently own. He is an admitted perfectionist who will guide you every step of the way to ensure that all of your needs are satisfied and that your real estate experience exceeds your expectations.

Keller Williams is the fastest growing real estate company in North America. It is a residential and commercial brokerage that has over 150,000 agents and over 800 offices worldwide. It is currently the largest real estate company in the United States by agent count. As most other real estate brokerages are consolidating Keller Williams keeps expanding and increasing profit. In addition to North America, Keller Williams Worldwide has expanded into 29 international markets with franchise agreements in the United Kingdom, Mexico, Germany, Austria, Switzerland, South Africa, Indonesia and Turkey.

Unlike most brokerages, Keller Williams is a profit sharing company. All agents work together to get properties sold because office profit is redistributed back to the agents at the end of each month. Agents are rewarded for bringing other productive agents to the company. This business model creates an atmosphere of community rather than competition where each agent works to get everyone’s listings sold for the benefit of all. This unique perspective is attracting agents from every top company and has fueled Keller Williams phenomenal growth within a very short period of time.

Keller Williams is an award-winning company that has established itself as a powerhouse within the industry. In 2012, Keller Williams was ranked #1 by JD Powers & Associates for overall customer satisfaction among buyers and sellers nationwide. In 2015, Training Magazine named Keller Williams the No. 1 training organization across all industries in the world. The office in Beverly Hills has the privilege of being one of the top grossing real estate offices in the entire Los Angeles area with sales surpassing one billion dollars for each of the past 4 years. There are over 500 agents in this office alone and it boasts many of the top-producing agents in the nation. Keller Williams has an extensive network of offices throughout the Los Angeles/Westside region that work consistently with very high-end properties and boasts its own Luxury Home Division. Our information and technology driven company has the ability to market these properties on both a national and international level. Each Keller Williams listing is distributed to every top consumer real estate website on the internet for maximum exposure. As an added benefit, Keller Williams Beverly Hills is a member of an exclusive group of brokerages that belong to LuxuryRealEstate.com. LuxuryRealEstate.com is the most viewed luxury real estate website in the world. It features the most extensive collection of luxury properties on the internet (over 50,000) and membership promotes listings to a global network of potential buyers.

When one chooses Keller Williams to represent them in areal estate transaction one is quick to discover that they have been placed in a win-win situation with a company that leads by example and is committed to fulfilling their client’s needs. 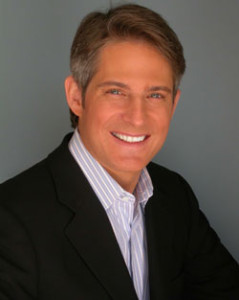